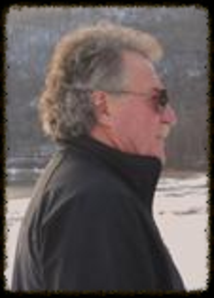 Jay graduated from Lane High School in 1965 and attended Beckley College. He was owner/operator of Yellow Cab Company. Jay is survived by daughters, Courtney Graves Wells, Lauren Graves and Cristey Graves; sister, Kay Graves; and brother, Lee Graves. He is also survived by the love of his life, his fiancee' Bay Shepherd Coleman. He enjoyed canoeing and kayaking and was a member of Float Fishermen of Virginia/George Dickel Chapter. A memorial service will be held 1 p.m. Saturday, February 5, 2011, at First Baptist Church, Park Street, Charlottesville, Virginia, with reception to follow at the church Fellowship Hall.
Jay requested that his friends share memories and stories of him at the service.
Donations in Jay's memory may be made to Hospice of The Piedmont; 675 Peter Jefferson Parkway; Suite 300, Charlottesville, VA 22911.
Friends may sign the guest register at teaguefuneralhome.com
Published in the Daily Progress from January 29 to February 3, 2011

An obit will tell us Jay T. Graves, 64, born December 26, 1946, to the late J.T. and Helen Graves, died Jan. 28 of pancreatic cancer. It will tell us that he graduated from Lane High School, Class of ‘65, attended Beckley College and was proprietor of Charlottesville Yellow Cab Company, the taxis with one-liners on the trunk lids such as “faulty boomerangs are non-returnable.”
It won’t tell us that his illness came up suddenly, that his death shortly followed or that both shocked his friends, family and employees.
“It just floored everyone,” said Becky Graves, Mr. Graves’ ex-wife and long-time friend. “He was diagnosed the week before Thanksgiving with stage four pancreatic cancer that had gone into the liver and the doctors said he had about nine months to live.”

The doctors were wrong. He had only nine weeks.
"It all happened so fast. People thought, ‘I have nine months to see him,’ and a lot of the drivers and his friends didn’t have a chance to say goodbye. No one thought it was going to be like this. It’s so hard. It’s terrible, but that’s how it is.”

Jay Graves, the obituary will say, enjoyed canoeing and kayaking and was a member of Float Fishermen of Virginia/George Dickel Chapter. It won’t say that the fishermen float up and down the commonwealth’s rivers cleaning the banks, lobby legislators or that Mr. Graves won awards for his efforts, including one from Gov. George Allen. The obit can give us the names of Mr. Graves’ next of kin, including his daughters Courtney Graves Wells, Lauren Graves and Cristey Graves; his sister, Kay Graves; his brother, Lee Graves; and of the love of his life, fiancée Bay Shepherd Coleman. It won’t tell us that Mr. Graves and his children would ride up into the mountains nigh on to every weekend, rolling up the Blue Ridge Parkway or Skyline Drive.
"He had a complete love of the outdoors and nature, of camping and fishing and just being out,” Ms. Graves said. “He’d just go up to Skyline Drive and just drive. He’d take his daughters with him and they’d drive along and whenever they saw a bunch of big rocks he’d stop and everyone would get out of the car and climb up the rocks.”
The obituary likely won’t mention Mr. Graves’ love of all things Charlottesville or a sense of humor that found its way onto taxicab trunks. It won’t tell of his love for the cab business.
“His grandfather started the taxi company with one car over 70 years ago and his father ran it and then he did,” said Ms. Graves, who will take over daily operations of Yellow Cab. “There are pictures of him as a child in the front seat of the cab, in the Dogwood Parade.”
“He would come in first thing in the morning and buzz around all day getting tires or ordering parts or fixing something on a cab,” said Brenda Goodloe, Yellow Cab office manager. “He loved what the business was about and I’d often have to run along with him to get answers from him on some question I had.”
Most of all, the obituary can’t explain how much friends, family and employees will miss Mr. Graves.
"He had a witty sense of humor and he was a lot of fun to be around,” Ms. Goodloe said. “He was a good friend and a great boss. We’re going to miss him a lot.”